It is with great pride and appreciation that we announce the dedication and renaming of the Orono Ice Arena to the Morrison Arena on behalf of the generosity of the John M. Morrison Family. We value the Morrison family’s leadership and spirit of philanthropy which continues to create a vision for our community.

The Morrison family loves cheering on all the sports that their children and grandchildren have played, whether it be  hockey, soccer, baseball, track, tennis, or alpine ski racing. “We could not have imagined back in 1978-79 when I was driving our son John Jr. to Buffalo for his hockey practice [because Orono did not have a local rink], that 40 years later we would be cheering
our granddaughter Jillian Cook with her girls’ hockey team; times sure have changed!” says “Gagy” Sue.

The recently renovated Morrison Arena will lead the way for future generations. Besides being a great space to practice and compete, may this building also serve to remind all families, fans and athletes who walk through its doors to continue
the important work of investing in our community. “When a community collaborates together, dreams can become a reality,” says John Morrison. 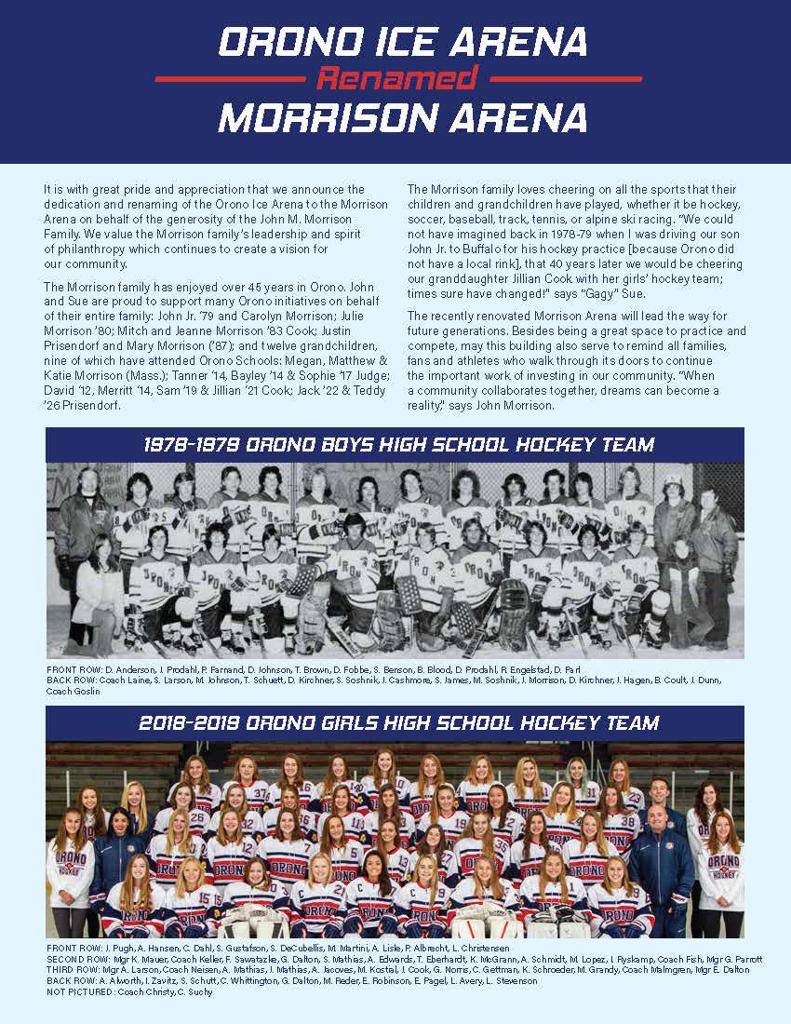 Tag(s): In the News  Junior Varsity